One of the legends of the NBA 2K roster creator community on OS is jeb4056. He has been making custom draft classes for NBA 2K since NBA 2K18, and he finished the sixth (full) class of the year just a month ago. I figure with March Madness in the air, it might be a good time to highlight all his hard work as people start to think more about the NBA draft. Of course, none of these players are real, but OS community members have been crushing it with fictional rosters across multiple games the last couple years — and this is more of the same.

Here are the details, straight from jeb (JB):

I’ve done research on the last 10 NBA drafts to gauge how many elite players, star players, fringe stars, starters, role players, bench players should be in each draft class and will have the draft classes that I do be similar to those. I’ve also looked at the amount of upper and lower classmen that enter the draft each year, along with International players, and will incorporate that into the draft classes as well.

Drafts will include gems, busts, and sleepers. I’ll incorporate this by using the peak start – peak end – and potential.

An example would be three top players in a draft all with potentials over 95+ — they would likely get drafted 1, 2, 3. One may turn out to be a bust and not get close to that 95 overall, maybe stay at his current overall or just progress a few points. One may become a quality player and reach high 70s-low 80s overall. And the third guy might live up to his potential and reach that 95+ overall.

That’s just an example of how things could turn out in that type of scenario.

The plan for this year is to put out at least five draft classes (maybe up to 10 — depending on if I’m able to get a PS5 or not and how the next-gen game is) — however I won’t be doing the usual season updates for the players. Instead, I’ll just be doing a scouting report on the top 50 players in the draft.

I’d like to thank Bigc45157 once again who has helped out with names of prospects along with player types for some of the prospects.

JB has finished six classes in full, so you search for the user ID and file name in NBA 2K21 (in the share feature), and then here is a link to the Google Doc for each class: 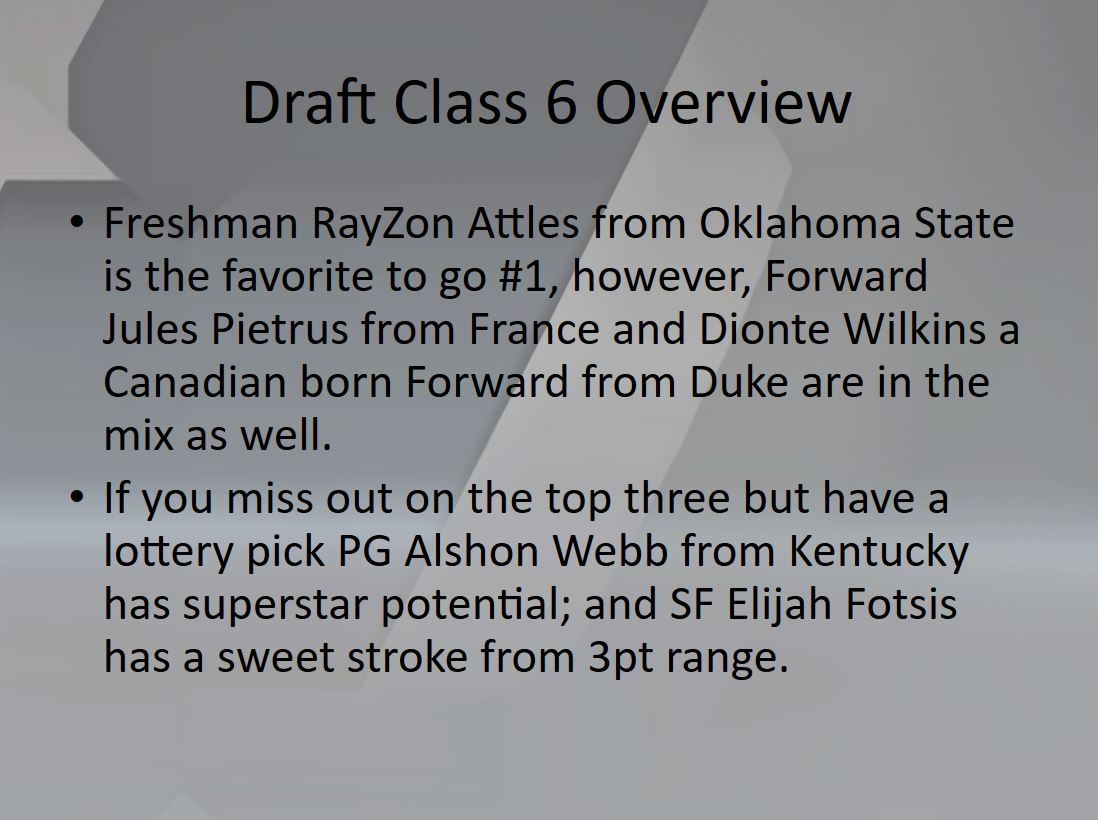 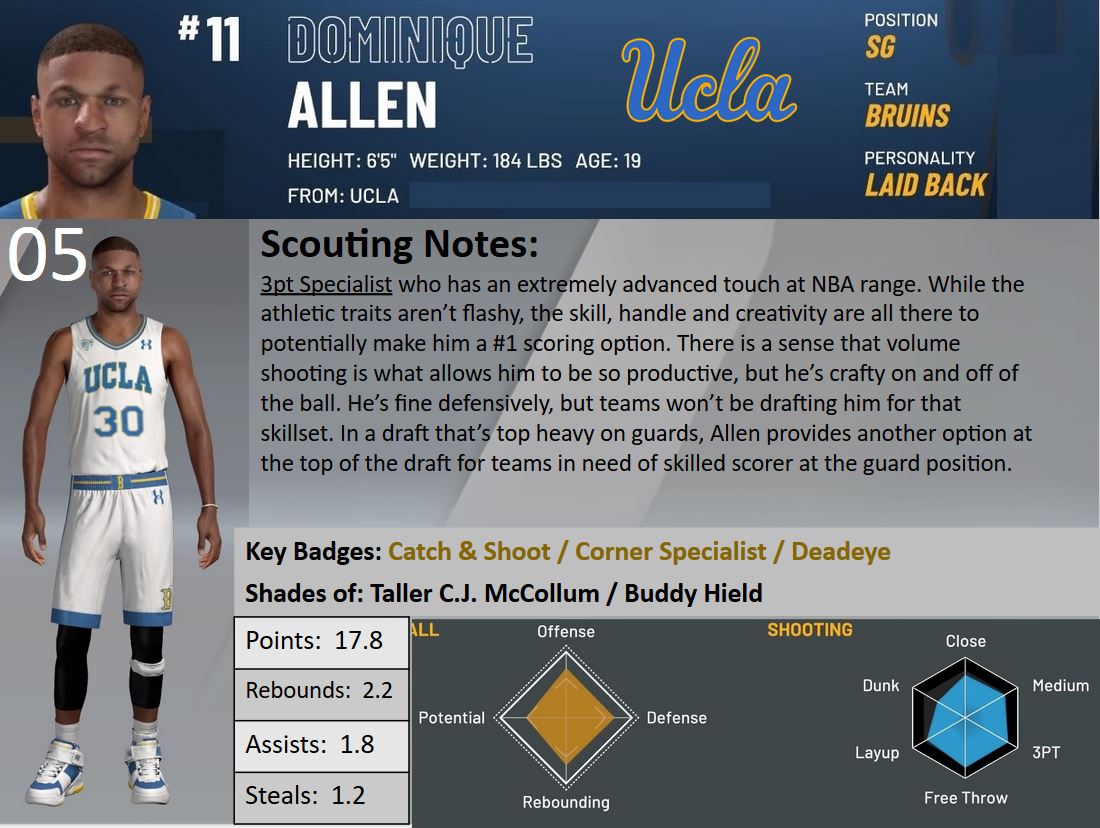 If you do end up using these fictional draft classes and enjoying them, please head to the thread and share your stories. Everyone loves to share the highs and lows from the drafts, and one of the best compliments a roster creator can get is simply hearing stories from folks in the community who used the draft classes.

(And before it’s asked, no there is no reasonable way to get these on Xbox consoles as of now. It sucks, and we all long for the future where “share” features go across all platforms, but that is not the case with NBA 2K21.)

In addition, if the fictional draft classes interest you, there are plenty of ways to go all the way with a fictional universe, and one includes scoping out a creation from OS Video boss Brian Mazique: