What do you get when you fuse elements of Dead Cells, Hollow Knight, and Hades? Probably a game that’s too hard for any human to ever complete, but also, you get Skul: The Hero Slayer, a roguelike about a diminutive skeleton who has to kill a bunch of bad guys. Just your usual, you know.

The stylised pixel art and the hack-and-slash mechanics look skeletons of fun, and lil Skul can even swap out his regular skull for a different head to give himself new powers and abilities. We do have a bone to pick with Skul, though: how is he wearing that cloak? Does he have a neck? How is the neck connected to the shoulder bones? 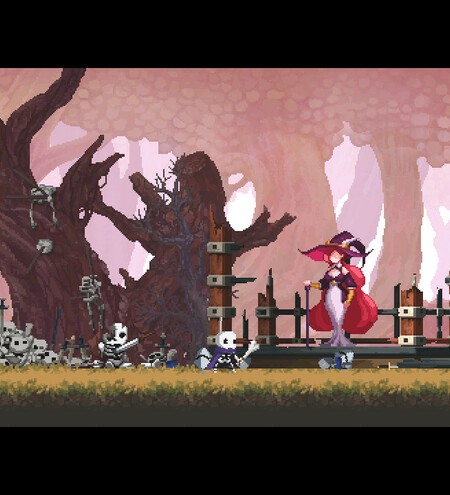 Skul: The Hero Slayer will be slashing his tiny way to Switch in Summer 2021, although it’s already out on Steam if you want to give it a go (with over 17,000 reviews!).