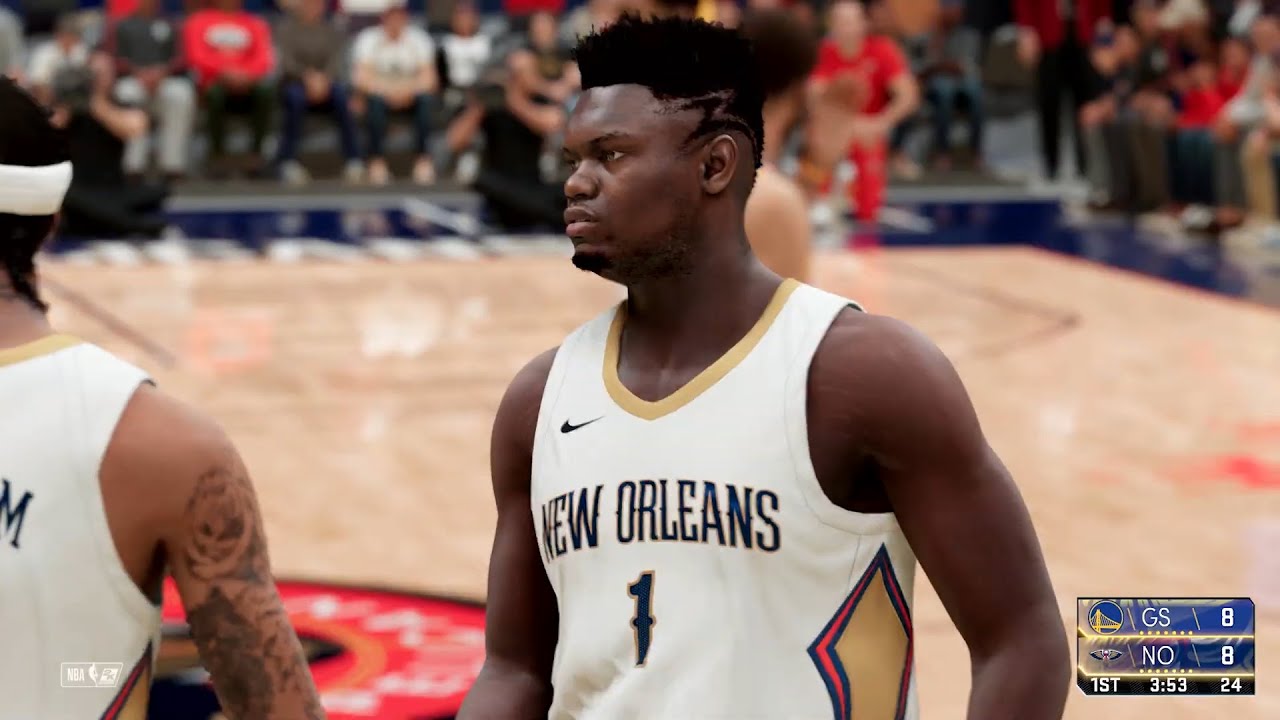 In collaboration with 2K Australia and New Zealand, the company has teamed up with Ryan McNaught (aka Brickman) to build a huge Lego statue of Zion Williamson from NBA 2K21.

The huge Lego statue of Zion Williamson has been made to celebrate the next-gen release of NBA 2K21. The statue in question has over 42,000 Lego bricks and many hours were used to build it.

The statue features Zion’s name on his jersey and even a recreation of the NBA logo. They also built in Zion’s competitive expression in the statue as well. You can see the statue in the video posted down below.

“Working on this project with 2K Australia and New Zealand has been amazing. We had the whole workshop come together to help build Zion Williamson, and thanks to 2K, we’ve managed to create one of the coolest LEGO® models we’ve ever built,” said Brickman. “The most unusual aspect about our LEGO® Zion was his pose. Getting the LEGO® bricks to stay together on these crazy angles – almost gravity-defying – was quite a challenge. Our skills were well and truly put to the test while building Zion, and we’re really proud of the model we’ve been able to build through this partnership.”

“NBA 2K21 is a significant milestone for the series introducing ground-breaking new features that have been built from the ground up utilising the power of new gaming hardware,” said Ben Seccombe, Director of Marketing & Communications at 2K Australia and New Zealand. “This is a fitting way to celebrate this landmark by rebuilding cover star Zion Williamson out of LEGO® bricks, showcasing his impressive brick wall style physique.”

The next-gen version of NBA 2K21 is out now for the PS5 and Xbox Series X/S. Zion Williamson is the cover star for the game. The previous generation of the game is also available for the PC, PS4 and Xbox One platforms.