NBA 2K21 has had a hot-and-cold release. This is primarily due to the similarities the new game has to the old game. However, the one thing that has changed drastically is creating a lot of issues as well. NBA 2K changed shot-making in 2K21, a decision that was widely mocked when the demo of the game released.

However, the community soon got a hang of the new shooting mechanism, which forces the use of the right stick to aim your shot. Just as the competitive players figured the shot out, 2K released a shooting hot-fix due to the larger casual crowd complaining about the difficulty.

That fix made it worse, as shots started going in regardless of timing. This meant that 2K would have to patch it again, which they just did.

There’s a tip about the ideal aim point skewing left or right based on how fast you initially throw the pro stick. That functionality isn’t in yet but will be patched in very soon. Gives more control to the player. Stay tuned. https://t.co/3biLdMWNtJ

Mike Wang addressed a possible new patch a few days ago, which seemingly has dropped. Pro stick shooting has been made a little less effective, meaning that the window for white releases to go in has been reduced. A fix for ankle breakers was rumored, but it hasn’t made its way with this patch. 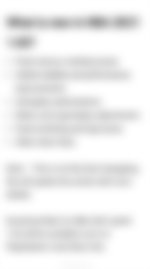 This patch hasn’t been as majorly spoken about like the previous patch. 2K didn’t even announce a patch drop. People found it as and when they logged into their consoles. It isn’t a heavy patch either, which means most of the changes have to be minor.

This patch is divisive, as people still can’t agree whether shooting has become worse or better after this patch. Some people have released videos of them consistently making shots, while others have been putting videos of them consistently missing shots. 2K has given fans more of an option to not use the pro stick with the new patch. However, fans believe that the meta of the game may lean towards stick shooting.

Here are some reactions:

Pro stick shooting sucks now after this mornings patch 🤦, 20x harder to green now in less you get a jumpshot that takes 10 seconds to release. Today’s pro tip is to take your meter off

With the recent #NBA2K21 patch, pro stick shooting feels better. If you’re good at hitting the same angle on the pro stick over and over, you can cash out. It is precise but I’ve been hitting without looking at the meter at all even while the shot aim function is active. Try it.

It isn’t abundantly clear whether shooting has been affected for the better or the worse. Considering what social media has had to say, it depends on whether you have the skill level. It seems like the only way for us to make consistent shots is by practising extensively with the shot stick.