It’s definitely been a while since my last post, but I can’t say it’s because “the mode is dead” and I stopped playing MyTeam altogether. If anything, it’s quite the opposite and I’ve been going crazy these last couple of months — to the point where I’m actually kind of happy that the year is coming to an end with Season 9 (supposedly). It’s also the reason I’m going with the NBA 2K21 MyTeam year in review here with this article.

Before getting to that, I just have to say there’s just something really exciting about starting over with lower-tier cards and figuring out how to build a winning squad with flawed (aka “normal”) players. That reboot is just around the corner with the release of 2K22.

But before I get into all that, I want to briefly discuss NBA 2K21 MyTeam’s Season 6 (Glitched Reality), 7 (Full Throttle), and 8 (Trial of Champions). 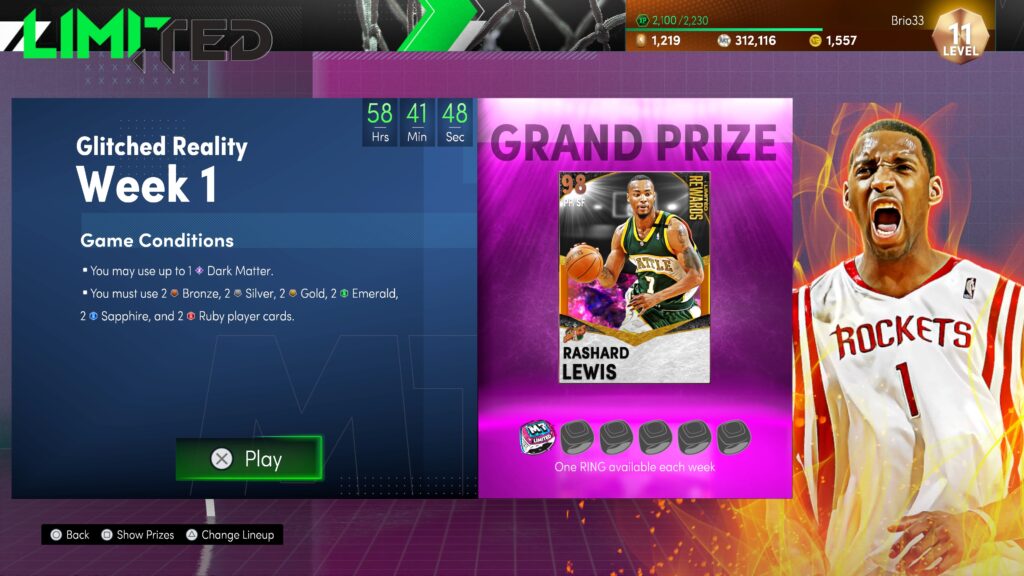 2K did a nice job of making previous seasons all feel cosmetically different, but as I think back on it all now, they still definitely blur together. There’s a level 40 XP reward, which everything else orbits around, and that’s about it. I’ve gotten all of those rewards, and enjoyed the structure that XP brought, but I guess at some point I was expecting a new season to bring something groundbreaking — and no, Triple Threat Spotlight Sims don’t count.

Having some distance is nice, though, as it allows me to really reflect on the most memorable (and important) aspect of these MyTeam seasons, which to me is (and always has been) the content. The amount of content this year is awesome (free and paid), especially compared to previous years, but unfortunately, the cards are all at a place now where they are all basically interchangeable.

In other words, they’re all overpowered. A pink diamond in June had four times the amount of hall of fame badges that the best card of the game in March had. And now in July, pink diamonds no longer exist, as every pack or reward card is galaxy opal or better. Not only that, but if I open a pack in July, pulling a galaxy opal gets a sigh and an eye-roll, which is telling.

Don’t get me wrong, even though MyTeam is in full-blown fantasy land, I’m still having fun with the insane cards. Plus, the amount of options for players of different play styles and budgets is impressive, especially if you like LeBron James. I think he has, what, 75 cards right now? Or maybe that’s the number of HOF badges on his most recent card? 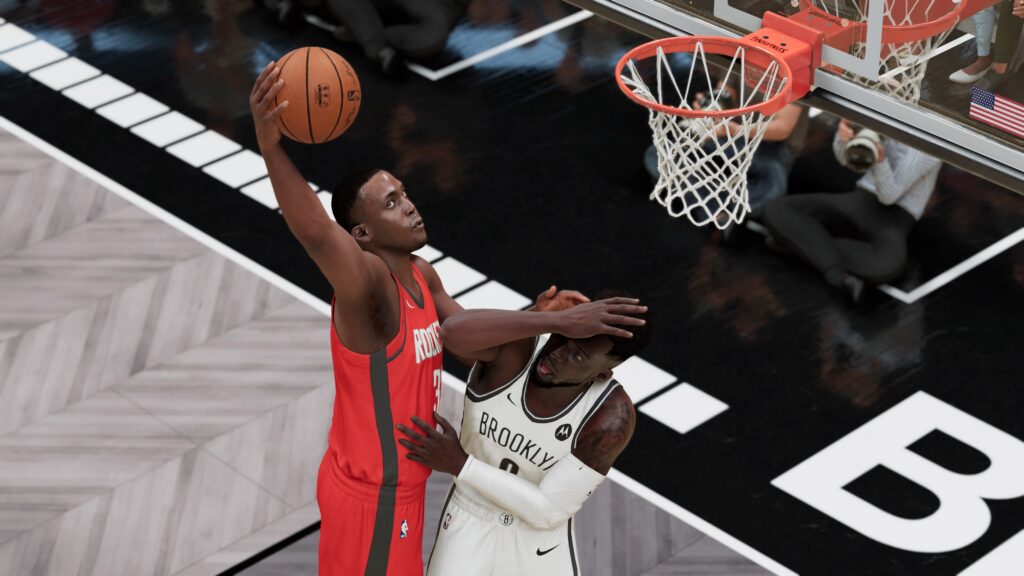 Looking back, I just want to go over a few content highlights that got us to where we are today.

First up, waaaaay back in Season 6 (at least I think it was Season 6, like I said, they blur together), the Radioactive set gave us Dark Matter Tracy McGrady, who even today is an amazing card that I still use often. I’ve been adding HOF badges to mine for a while now, and he’s basically an Invincible card.

But Out of Position 1 was where things got really silly. Point guard Kobe/Grant Hill started the oversaturation of tall point guards, and of course opal C/SG Durant was arguably the best card in the game for a while.

Then the Warped Reality set was the point where people claimed that MyTeam was “over,” thanks to point guard Galaxy Opal Ben Simmons, Pink Diamond Bol Bol, and a 3-point shooting Diamond Sim Bhullar (which objectively was/is insane, as is the fact that he just got a Dark Matter card on Friday that is even better).

From there, it really was just a hop, skip, and a jump to get to Invincible Yao Ming, who is probably the best card in the game now, though with Sim or opal Shawn Bradley so easy to get (and so dominant in their own right), Yao isn’t as invincible as his card art would suggest. 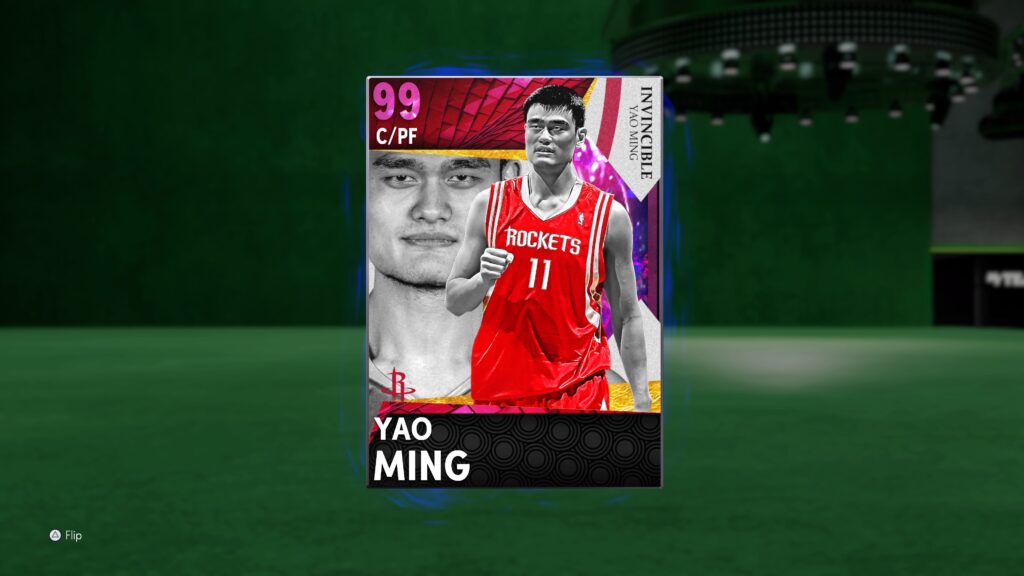 I have Yao, and he is probably my favorite card, but I definitely don’t win every game I play with him. So I would never “quit MyTeam” because a certain card has dropped and the meta evolves. Just like every other year, the endgame is all about height, wingspan, and animations, which does unfortunately take some of the fun and strategy out of squad building. For example, I love James Harden, but at this point even if he gets a G.O.A.T. card, no one would ever use it competitively.

But again, there are so many great cards that do check off the boxes I just mentioned, anyone should be able to compete and win some games, which is great.

My current squad is a mix of high-end, overpowered cards (auctionable + rewards), and budget-friendly beasts that I just really like playing with. 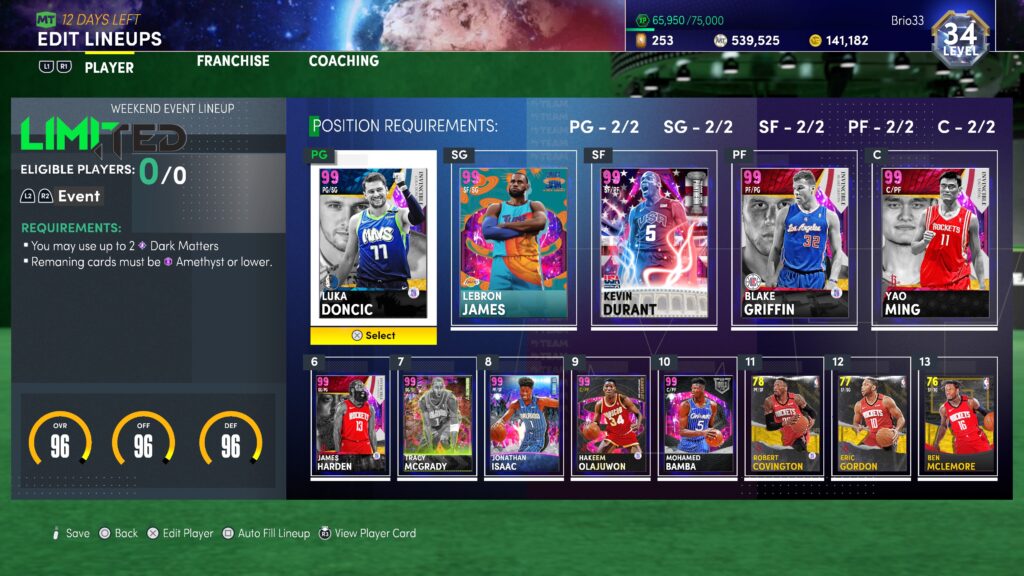 Is this my endgame lineup? Definitely not. Mainly because I know that as the year comes to an end, 2K will drop even more insane cards that make current cards look ancient. Dark Matters have already tanked in price, and within a week or two I’m sure most Invincible cards will be stupid cheap too as the inevitable “G.O.A.T./Invincible Packs” come out and everyone makes a last splash with their VC or MT.

So right now in MyTeam, I have three goals: 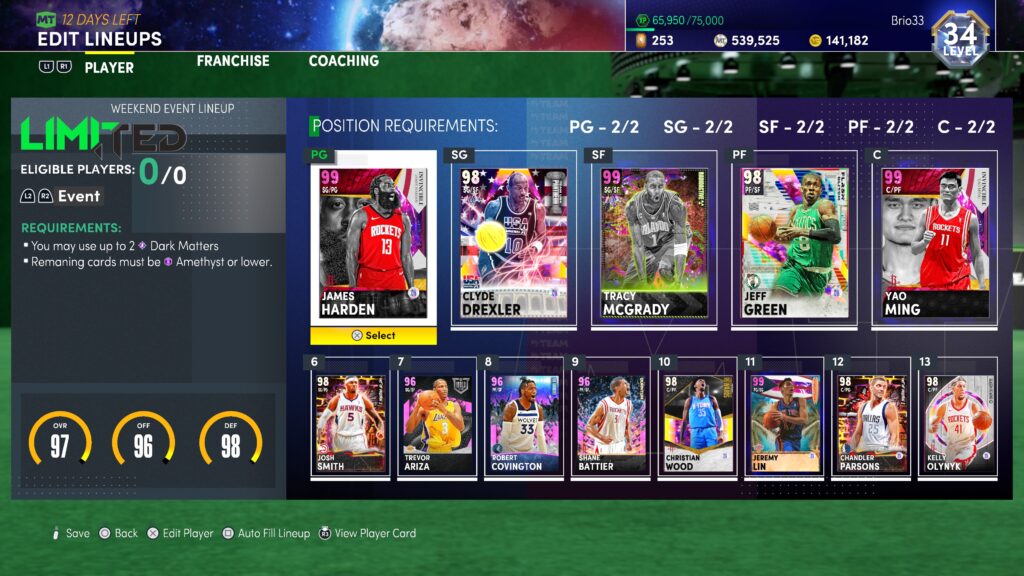 I actually love the Rockets so much that I got the horrible Season Rewind reward Kelly Olynk. Does he play on my team? No. But since he was a pain in the butt to get, he’s at the end of my bench to remind me of the struggle. As the great Monty Williams recently said, “Everything you want is on the other side of hard.”

Who knows what Rocket-associated players 2K will drop between now and the end of the year, but as of today, there is one card I’m laser focused on:

My main task for Season 9 (and possibly my last task of 2K21, as it will probably take me a while), is accumulating enough tokens to get that Hakeem Olajuwon card. I’ve got a loooooong way to go (I don’t even have the Dark Matter token section unlocked yet): 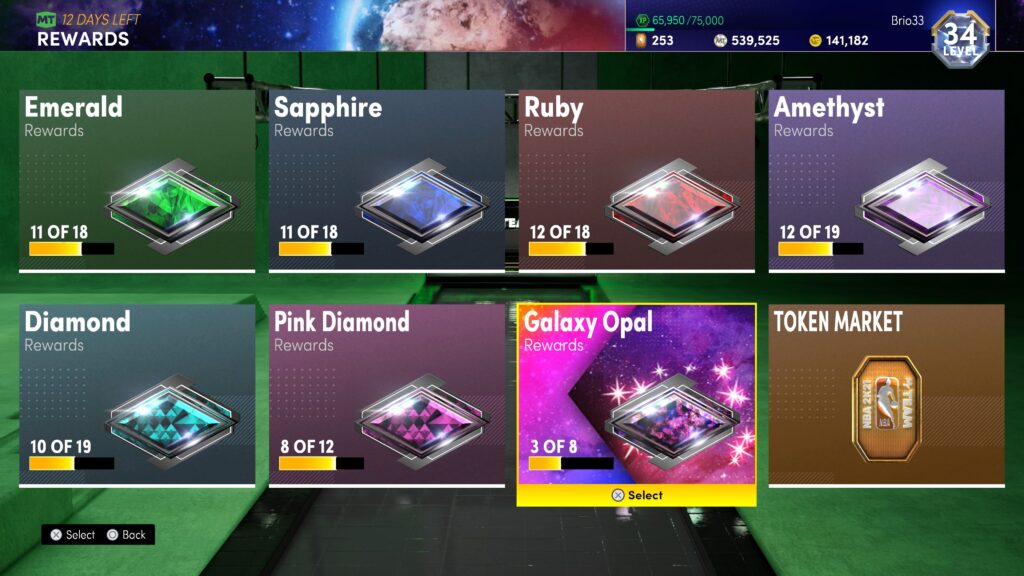 And yes, I do have the Spotlight Sim reward Dark Matter Hakeem, but, I know the collector in me won’t be able to leave 2K21 behind without getting Dream’s Invincible card.

Beyond that, I’ll probably go for Level 40 reward Dr. J, and probably will play Domination for Vince, but I don’t really love either player — nor do I feel like I need them. Overall, I’m not super excited about the Season 9 reward cards thus far, but the best thing I can say about 2K21 MyTeam in these later seasons is that there are so many free cards to grind for that I’ve had the luxury of being picky.

I even passed on Invincible (Rockets!) Moses Malone in Season 8’s Limited because I got frustrated in Week 3 when I never even saw a ring after countless wins. That kind of stress just isn’t worth it, especially when, if I’m being honest, Moses wouldn’t be my endgame starting center (or power forward) with Yao in the game and Hakeem on the horizon. 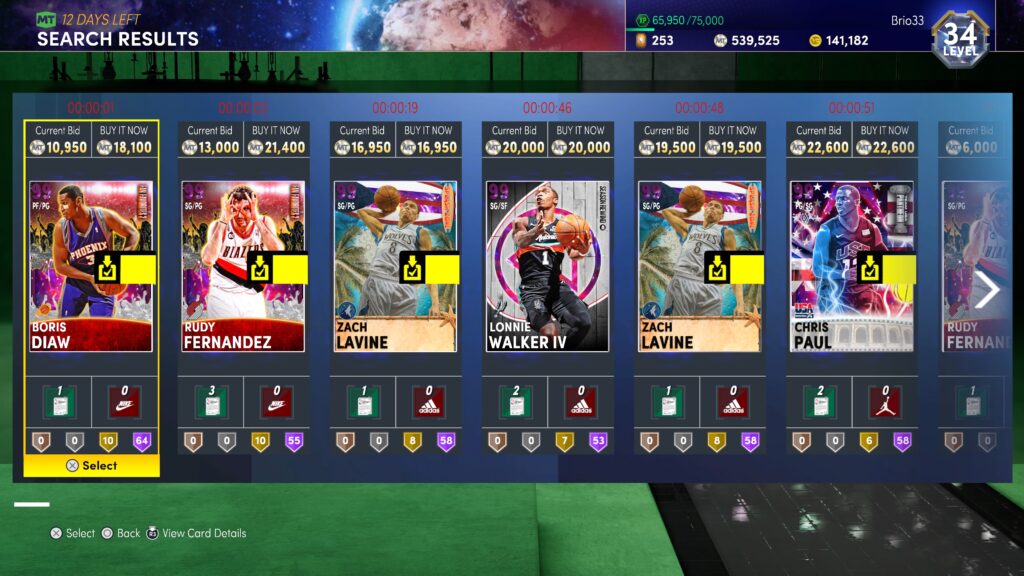 Then as I mentioned earlier, prices continue to tank across the board, and I’ll probably be able to put together an all-Invincible lineup sooner rather than later, maybe even with a G.O.A.T. card sprinkled in for good measure. I know 2K said there would only be five G.O.A.T.s, but I wouldn’t be surprised if by the time I save up 900+ tokens to put towards Hakeem, they’ll drop a G.O.A.T. Dream that’ll be auctionable for 10K like last year.

But what about you?

As 2K21 comes to an end, what are your goals in MyTeam? Or have you checked out already, and are looking forward to 2K22? I’m actually holding out hope that there is some sort of Season 10. Even if it’s open-ended, without daily XP or specific card rewards, hopefully there will at least be a reason to keep playing — September 10 is still far away.