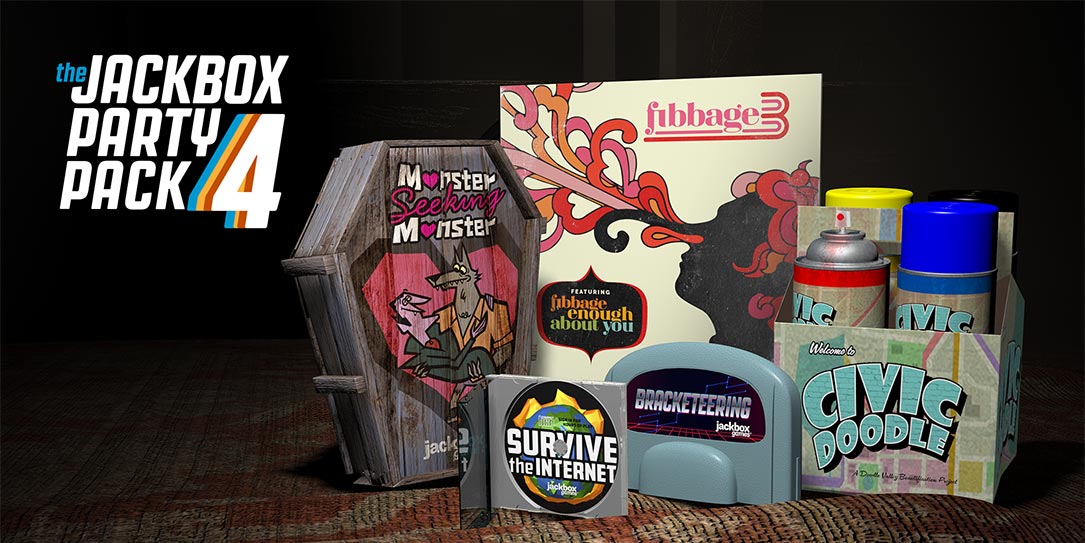 But then Jackbox Party Pack 6 has Dictionarium where you get to make up your own ridiculous definitions for fake words… and then there’s Pictionary-esque Drawful 2, which was so good it got spun off into its own game. The point is, it’s really hard to recommend one Jackbox game to buy, so this Humble Bundle is a real treat—I can just say buy ’em all.

The 18-item Jackbox Summer Party Bundle contains six Jackbox Party Packs for $20, which is a steal considering they typically sell for $25 or $30 each. It also includes a bunch of You Don’t Know Jack trivia games and the Jackbox spin-off games Drawful 2, Fibbage XL, and Quiplash. The final item is a 40% off coupon for the most recent Party Pack 7.

I’m reasonably confident this bundle will make you the star of your next 5-10 parties, after which your friends will probably beg you to play literally anything out. But it’ll be a great run.

The Jackbox Bundle is available for two weeks, until August 27th.