Pokémon fans are looking forward to a double-helping of Pocket Monster action over the next six months, with Pokémon Brilliant Diamond and Shining Pearl arriving in November before Pokémon Legends: Arceus touches down in January 2022. The former is a remake of Diamond and Pearl outings on Nintendo DS, but the latter is seen by many as a ‘next-gen’ experience akin to Zelda: Breath of the Wild; a game which will hopefully take the series in an exciting new direction.

However, the latest trailer for Black Desert Online developer Pearl Abyss’ DokeV makes us genuinely question what a true ‘next-gen’ Pokémon experience should look like. The WIP footage was shown off on the opening night of this year’s Gamescom, and visually at least, it looks like an appealing mix of both Pokémon and Splatoon.

“DokeV is a creature-collecting open world action-adventure filled with intriguing stories and set in a unique, vibrant world,” says the game’s official site. “Befriend the adorable Dokebi that gain strength from and encourage people’s dreams, and get ready to embark on an adventure!”

Players are shown interacting with one another (although the developer is keen to stress that the game is no longer an MMO, as was originally planned) in a huge, sprawling cityscape. You can ride bikes and skateboards, as well as float around on umbrellas, but the main focus is battling and capturing monsters. Combat appears to be in real-time (but contained within a limited area), with your monster allies automatically attacking enemies while you chip in with weapons, which you can seemingly switch between at will.

Of course, visuals are just one part of the puzzle, and there’s no guarantee that the gameplay will match that seen in Nintendo’s world-famous franchise. It’s also worth noting that while DokeV has been confirmed for “PC and consoles”, Switch isn’t mentioned specifically, and the graphics on display look like they could be out of reach for Nintendo’s hybrid system – in its current guise, at least. 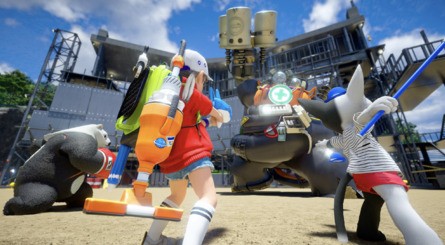 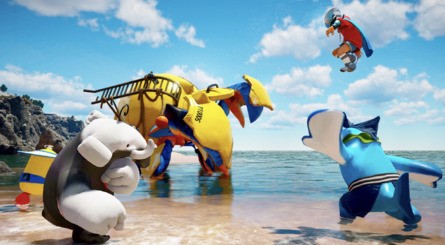 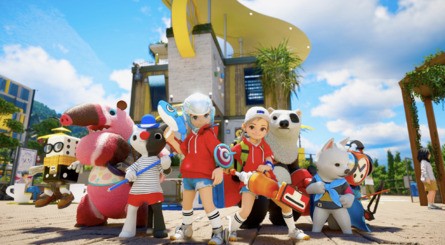 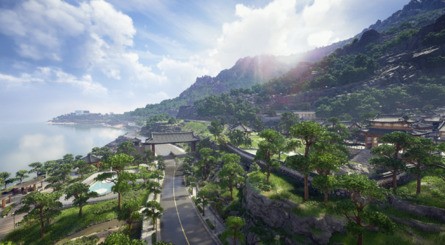