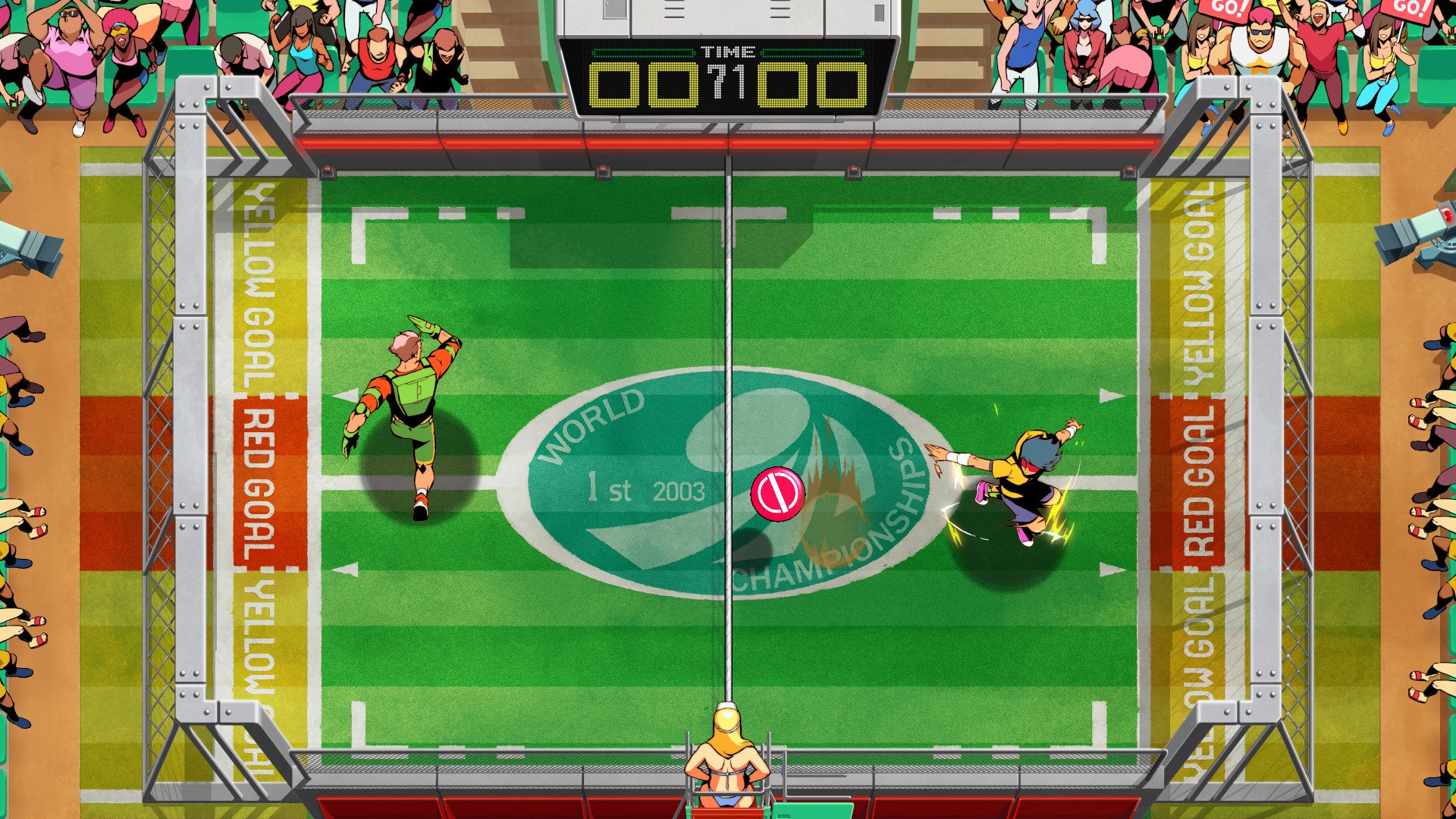 Dotemu, the developer and publisher of beloved 2D revivals of retro franchises such as Streets of Rage and Wonder Boy, announced the release date for its latest revival project, beach sport sequel Windjammers 2, for January 20, bringing a bit of summer fun to get us through the cold winter.

Following in the footsteps of Windjammers, the cult classic Data East game for the Neo Geo, Windjammers 2 showcases a unique take on disc-based video game sports, complete with a cast of ten varied characters to play as, ten different courts to battle it out on, and a bevy of new mechanics accompanying an already fully featured game system.

The release date trailer leans hard into the comic book stylings and showcases the high-speed discus action that the original was known for while showing off the different modes like Arcade Mode, Disc Attack, and Hot Dog Distance.

Interestingly, developer and publisher Dotemu was recently taken over by Focus Entertainment (formerly Focus Home Interactive) back in August, and though it’s unlikely to have affected the development of Windjammers 2 much, it still represents a big change for the company. In any case, the game had a successful open beta last August, so it will be exciting to finally see the finished product. For its part, Dotemu’s been on a tear with its other revivals, as Streets of Rage 4 is excellent.

Windjammers 2 will be available on January 20 for PS4, Xbox One, Switch, PC, and Stadia, and will be backwards compatible with the PS5 and Xbox Series X/S. Physical versions will be available at a later unnanounced date.