In Ghostwire: Tokyo, you awake amidst the mass disappearance of nearly all of Tokyo’s population, paving the way for otherworldly Visitors to take over the city. Resembling real-life superstitions, folklore, yokai and urban legends, these Visitors won’t be stopped by conventional weapons alone. You’ll need to work alongside an unlikely ally – the spirit of a grizzled detective named KK – to have the powers and skills necessary to hunt down the perpetrators behind Tokyo’s vanishing and restore reality to the city.

In addition to gear like a powerful bow and arrow and mystic techniques like Ethereal Weaving, knowledge is also a useful tool for solving the paranormal threat enveloping Tokyo. Here are just a few examples of the beings – both hostile and potentially friendly – you’ll encounter in the haunted streets of Tokyo, as well as a little intel to aid you in your ghost hunting adventure. 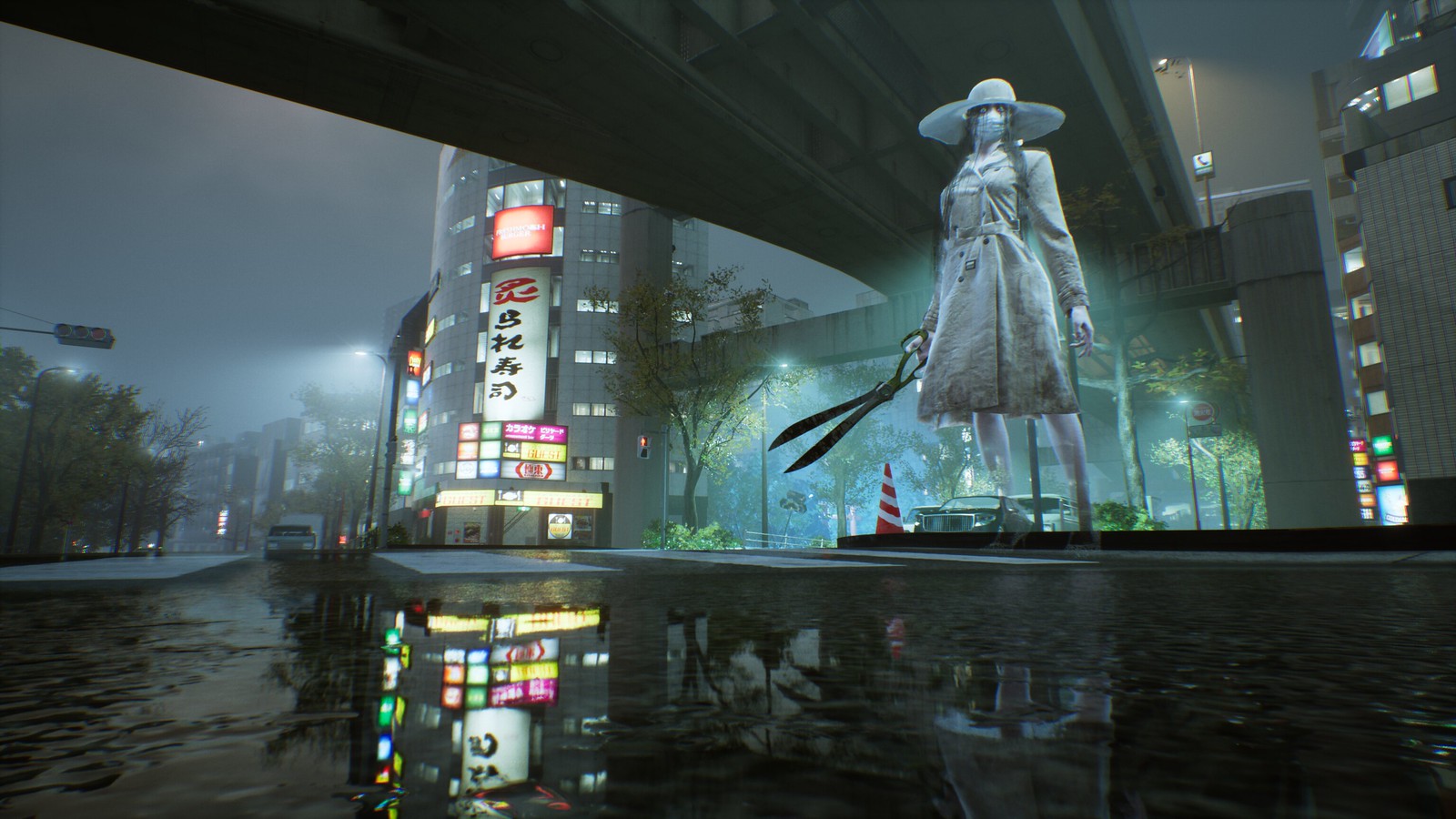 Based on the urban legend of the kuchisake-onna , AKA “Slit-Mouthed Woman,” Ghostwire’s Kuchisake is a vicious Visitor in the form of a masked woman wielding a massive pair of scissors. In the original folklore, the kuchisake-onna asks its victims if they think she is beautiful, only to reveal her disfigured grin. She then repeats the question, often maiming the victim with similar scars if they disingenuously maintain that she’s pretty or killing them outright if they say the opposite.

“At least some part of including the kuchisake-onna came down to how ubiquitous the concept is in Japan as an urban legend,” explains Game Director Kenji Kimura. “That said, what ultimately led to the inclusion was the fact that they don’t look like monsters at first glance, just regular women wearing coats. As such, they complemented one of our goals for the game: to portray the unsettling and extraordinary within entirely ordinary settings. As they get closer to the player, you’ll be able to hear them clacking and snipping while they open and close them. It makes for an extra-immersive aural sensation when experienced through the PlayStation 5’s 3D audio capabilities.”

A clever misdirection can help prevent you becoming the kuchisake-onna’s prey and besting Ghostwire’s version requires a similar approach. When she closes in, use your Ethereal Weaving to summon a blocking barrier at just the right time to parry her attacks but beware, even deadlier foes lurk along Tokyo’s alleyways. “Ghostwire: Tokyo also features another variety of kuchisake-onna in red clothing. That version is inspired by a different urban legend involving a woman in red,” explains Kimura. “In that sense, the kuchisake-onna in Ghostwire aren’t just pulled directly from legends and folklore, but more like a combination and reimagining of the concepts.”