The U.S. Court of Appeals for the Federal Circuit has affirmed that multiplayer modes in NBA 2K and Grand Theft Auto do not infringe a technology company’s patents for broadcast channels used in online communities.

On Monday, a three-judge panel of the Federal Circuit held against Acceleration Bay, a Delaware LLC with its principal place of business in California. In court filings, Acceleration Bay describes itself as “an incubator for next generation businesses” with a focus on companies that deliver “information and content in real-time.” Acceleration Bay contends that Take-Two Interactive Software, along with subsidiaries Rockstar Games and 2K Sports, own and control software that enable gamers to play NBA 2K and GTA in ways that infringe Acceleration Bay’s patents. The two games, Acceleration Bay attorneys from Kramer Levin Naftalis & Frankel charge in a legal brief, “use the infringing networks and technology to connect large numbers of participants to support their popular online multiplayer features.”

To advance that point, Acceleration Bay’s attorneys point out that NBA 2K “connects up to 100 players to compete in large arenas, which can feature 10 simultaneous five-on-five basketball games.” Take-Two’s customers, evidence further indicated, “can only join a multiplayer game session when they use Take-Two’s software on their PCs and consoles to connect with Take-Two’s matchmaking servers.” 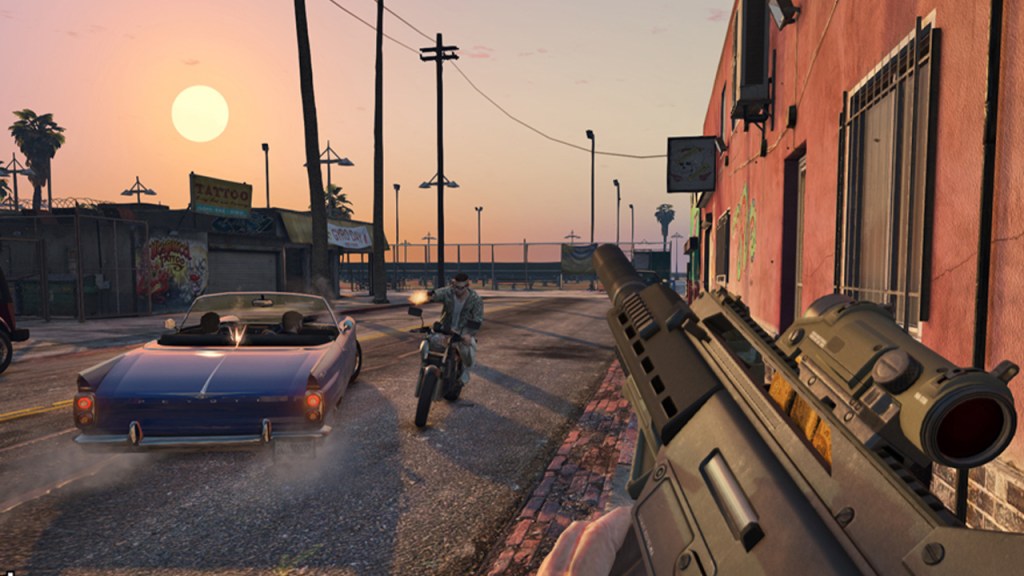 Take-Two maintains that Acceleration’s theory of infringement doesn’t hold up. One key reason: Take-Two doesn’t make or sell the Sony PlayStations, Microsoft Xboxes and personal computers used by gamers. The publisher only designs and markets games used on hardware made by other companies. Take-Two attorney Michael Tomasulo of Winston & Strawn underscored in a brief that NBA 2K and GTA “consist entirely of software code that cannot operate unless installed and run on hardware that Take-Two does not provide.”

Along those lines, Tomasulo observed that “once a customer buys either game, the customer must install it on a game console or personal computer to play the game.” It is then “entirely up to the customer whether to play the game at all.” That depiction suggests that Take-Two isn’t part of a process that involves other companies’ computer networks, broadcast channels and hardware components.

Last year, Judge Richard Andrews of Delaware’s federal district court agreed with Tomasulo’s reasoning. He stressed that Take-Two “makes software, not computer networks or broadcast channels,” and that “customers use their own hardware, such as an Xbox or personal computer, to locate the call-in port of a portal computer.” Under patent law precedent, the judge noted that “if a customer, rather than an accused infringer, performs the final step to assemble the system, then the accused infringer has not infringed.”

The Federal Circuit, in an opinion by Judge Jimmie Reyna, concurred.

“The customer, not Take-Two,” Judge Reyna wrote, “completes the system by providing the hardware component and installing the client software.” He added that even if code for NBA 2K and GTA controls or instructs PlayStation and Xbox processors, that circumstance wouldn’t meet the necessary elements of infringement. Take-Two still wouldn’t have made the hardware. In addition, Judge Reyna deemed other infringement claims brought by Acceleration Bay as moot.

In separate but analogous lawsuits, Acceleration Bay is suing Electronic Arts and Activision Blizzard for infringement. At issue are NHL, FIFA, PGA Tour, Call of Duty and other popular games that offer online multiplayer modes. The lawsuits are in the same jurisdiction and will be governed by the Federal Circuit’s opinion in the Take-Two case.

The GTA and NBA 2K series are among the highest-grossing video game series. According to Statista, the GTA series has sold 350 million units worldwide while NBA 2K has sold 112 million units.