Next up in our Black History Month Creative Excellence Series, we’re excited to have Candice Vernon, a former agency producer who shifted gears to step behind the camera as a director. Since then, she’s become known for her celebrity work, with spots featuring Sterling K. Brown, Regina King and Yara Shahidi, for brands such as Spotify, Cascade, Vaseline and more. Beyond ads, she was writer, producer and director of the award-winning short film, “Make America Great?”  She also wrote and directed “The Dream Still Lives,” a film from Stevie Wonder and CAA to commemorate the 50th anniversary of Dr. Martin Luther King Jr.’s passing. Vernon is repped out of Chromista for commercials and branded content. Having lived in three different countries—her native Jamaica, Germany and the U.S.—Vernon believes she has a unique and diverse approach to capturing the human subject. In her down time, she also serves as the host and leader of Soho House West Hollywood’s Women In Film Club.

“What inspires me most Candice are the risks she took to get what she wanted,” said this week’s guest editor, Eleanor founder Sophie Gold. “Candice worked for several years as a successful producer at various ad agencies in New York before dropping everything to move to L.A. and become a director. Her leap of faith paid off as she’s now a sought-after talent who’s directed pieces for major brands including 2K Games, Cascade, Svedka Vaseline, and more. Her decision to move to Los Angeles to chase her dream is what inspired me to do the same.”

Here, Vernon recounts a big break in her career—helming the last holiday campaign for NBA 2K, a brand whose spots, until then, had been largely reserved for male directors. 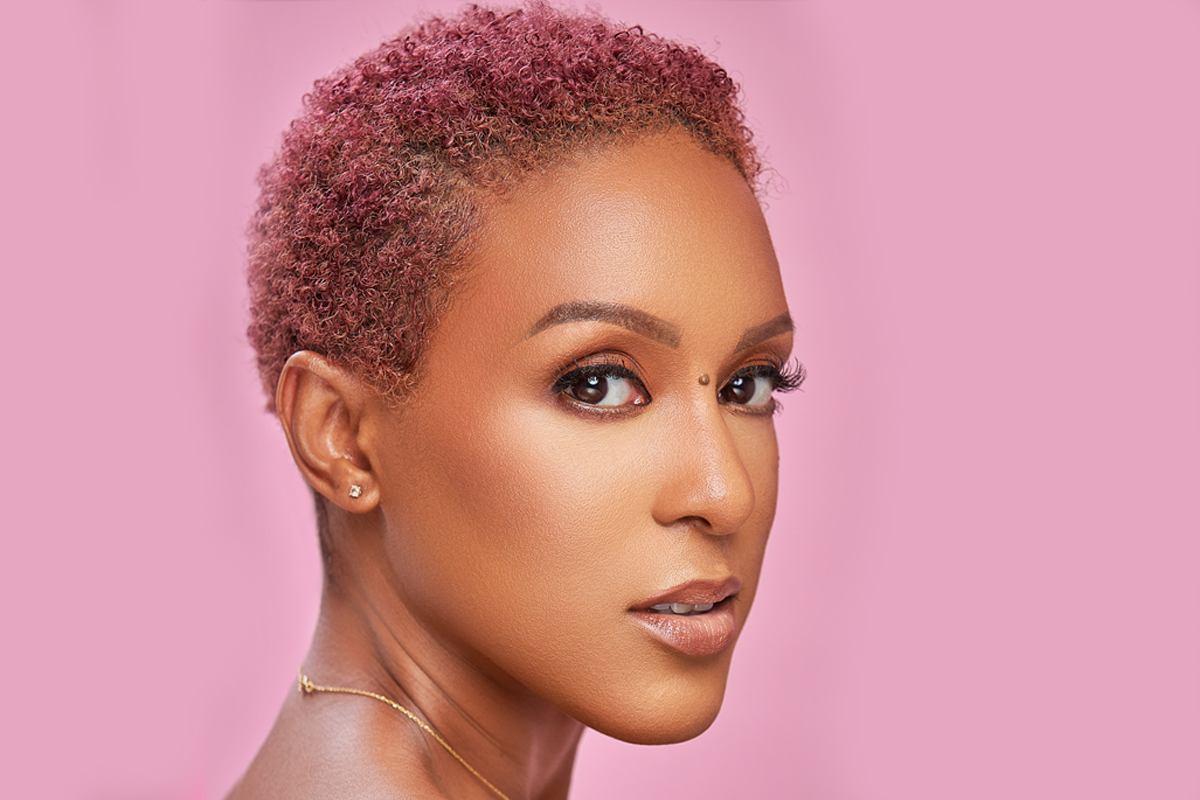 The holiday campaign that I directed for NBA2K last year was a huge milestone in my career—for many reasons. In a year that I was determined to get more comedy boards, and all-around traction in directing comedy content, I landed this big campaign with a well-respected and beloved brand. I mean who doesn’t love some 2K? Comedy is not the easiest genre to break into, but I was determined to show and prove that women are not only funny in front of the camera, but we’re funny behind the scenes too.

My whole career has been dedicated to breaking barriers and stereotypes, so landing this job was right in step with my vision for my career path. I have to give a huge shout out to my production company Chromista for believing in me, the transition that I was seeking in my career, and securing not only the bag but the single bid. Real talk!

Before me, all the directors of NBA2K commercials were men and mainly white. I may have been the first woman to have directed a commercial campaign for NBA2K, and definitely the first Black woman—who also happens to be an immigrant. Besides that little tidbit, it was probably one of my most complex commercial productions to date, with a diverse cast of sixteen on-camera talents, one dog, a crane, filming on a real roof with stunt folks and lots to cover in little time.

We shot one 30-second and three 15-second spots in one long day. Whew chile! I’m soooo proud of the work and really happy with the end results. Also one of my best and favorite clients. Love them! And could not have asked for better production support from my family at Chromista. So much love all around!