If you also want to try eSport betting but don’t know where to start, don’t worry. We prepared a guide that will help you get going in no time.

What is Esports Betting?

Esports are becoming increasingly popular in recent years and can now match traditional sports in terms of audience, sponsors, infrastructure, and almost everything else. As a result, eSport betting is also on the rise, and a significant number of bettors are making it the primary focus of their gaming.

The concept of esports is similar to regular sports. You have teams or individuals competing against each other in different video games in a highly competitive environment. As a result, esports betting and sports betting also share many similarities.

You place your bets on different esports events just like you do in regular sports. For example, you can bet who will win a particular tournament, match winners, and much more. The differences can be mostly found in betting markets, which depend on the category of video games you want to bet on. But more on that later.

Most people wonder are wondering: Can you bet on esports? You will be happy to know that the answer is yes: esports betting is perfectly legal.

The regulation of esports betting can vary depending on the region. Still, there are no legal obstacles preventing you from engaging in this kind of activity in most countries. But, of course, if your country doesn’t allow gambling or has a ban on sports betting, you won’t be able to bet on esports.

In the United States, the majority of the state that made sports betting legal also allow sportsbooks to add esports to their offer. The list includes but is not limited to Arizona, Colorado, New Jersey, Tennessee, and West Virginia. The rule of the thumb is that if the sportsbook operating legally in your state has an esports event as part of its offer, you can safely bet on it. 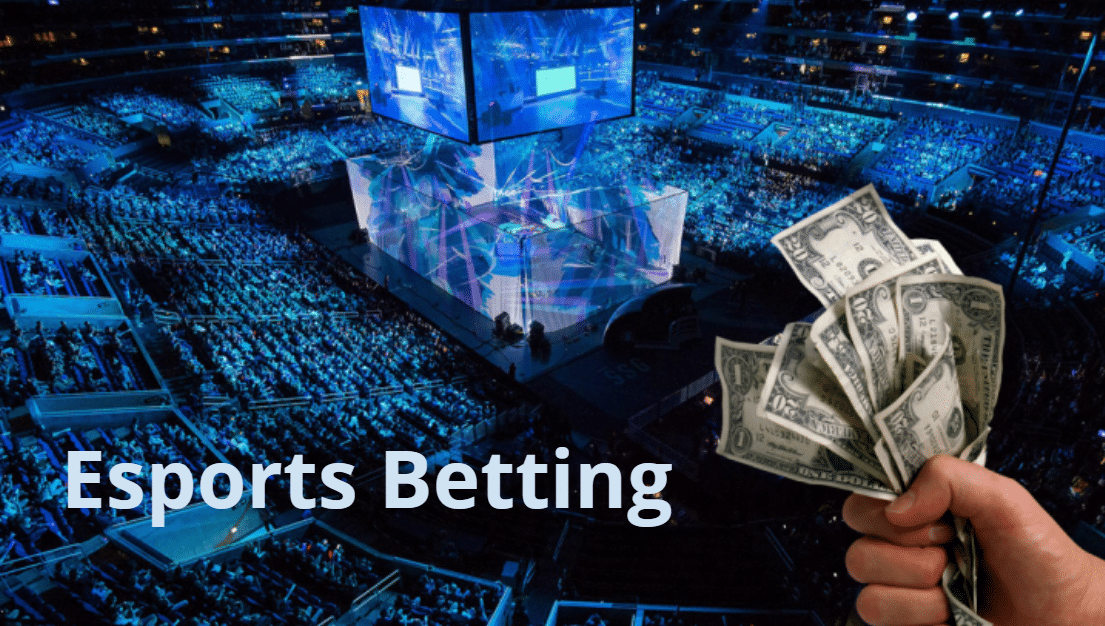 Where Can You Bet on Esports?

As previously mentioned, eSport betting is becoming quite popular, and traditional sportsbooks are not oblivious to the trend. You will now see esports events being offered by almost every major operator. However, with sports like football, basketball, and baseball still dominating their offer, they don’t have many betting options for esports. You’ll find that the betting markets are pretty modest and usually include several basic ones like an outright bet.

Most esports bettors prefer to do their wagering with the specialized operators in esports betting. Fortunately, there are plenty of them around, and they operate mostly in the same way as the traditional sportsbook. The odds are set the same, and you have all the features like live streaming, cash out, and more. Also, plenty of them offer welcome bonuses for new players and have sports events included, so you won’t miss out on that.

What Are the Most Popular Esports Games?

If the video game can be played competitively, then it belongs in the group of esports games. However, not all esports games are fit for esports betting. Some may be less popular because of their basic concepts. Others might be overlooked because they don’t have a large audience.

The most popular esports games to bet on at the moment are first-person shooters, multiplayer online battle arenas (MOBA), and sports video games. Counter-Strike: Global Offensive (CS: GO) is the preferred choice for bettors when it comes to first-person shooters. MOBA games that attract a lot of betting action include League of Legends (LOL) and DOTA 2. The sports video games include the favorites like FIFA, NBA2K, and Madden NFL.

There are also lots of different events that players can bet on when it comes to esports. Many video games have tournaments and leagues taking place all year round, while there are also championship events for the major titles. The most popular CS: GO event for esports betting is Counter-Strike: Global Offensive Major Championships, which the game’s developer, Valve, organizes. LOL has the League of Legends World Championship, while the most important DOTA 2 event is The International.